With our limited audiences, Dominican Theatre would love for you to watch our musical anywhere in the world, and help support our program due to limited in-person ticket sales. You can purchase an on-demand ticket for our musical at the links below. 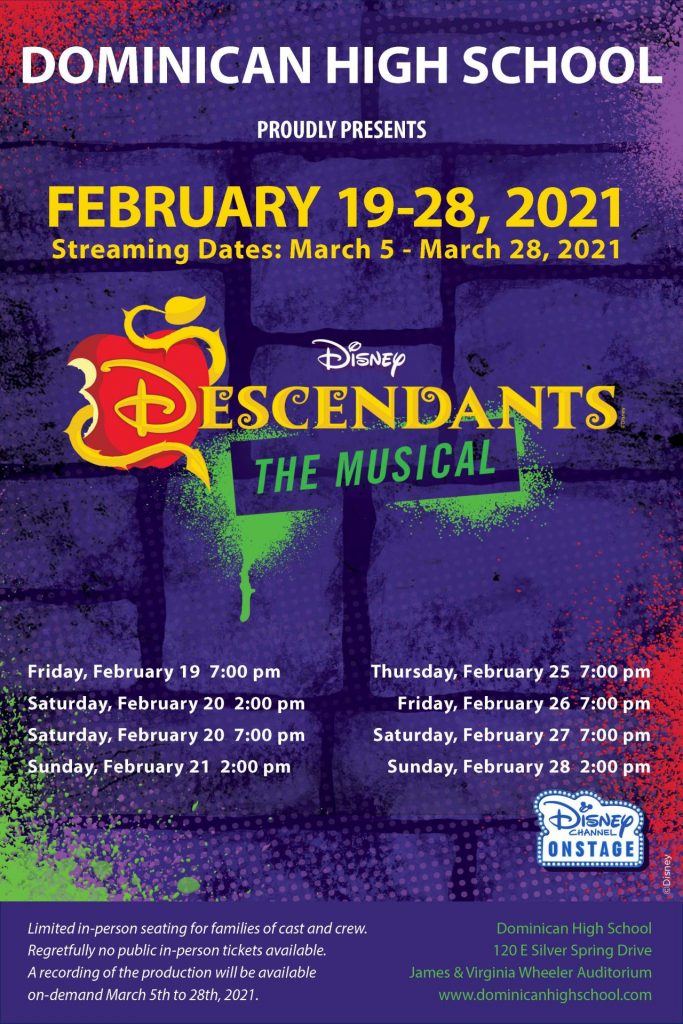 Disney Descendants! Dominican Theatre found safe performance solutions this fall and we will proceed cautiously into the winter with our announcement of our musical, DISNEY’S DESCENDANTS.
Dominican is committed to keeping its wonderful tradition of musicals alive in a safe and responsible way this winter. Performances will run February 19-28, 2021!

Based on the popular Disney Channel Original Movies, Disney’s Descendants: The Musical is a brand-new musical comedy featuring the beloved characters and hit songs from the films! Mal, Evie, Jay and Carlos – the children of Maleficent, the Evil Queen, Cruella De Vil, and Jafar – are welcomed to Auradon Prep to attend school with the children of their parents’ sworn enemies. Now entering a completely foreign world and way of life, the four Villain Kids have a difficult choice to make: should they follow in their parents’ wicked footsteps or learn to be good?

Online streaming tickets are available for purchase beginning March 1 and will be available to be streamed March 5-28, 2021.

Listen to the Soundtrack